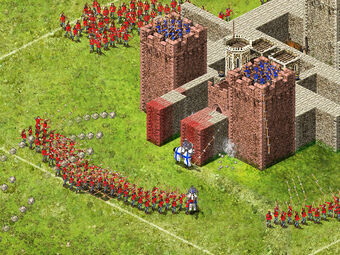 Under siege... how long will you last? 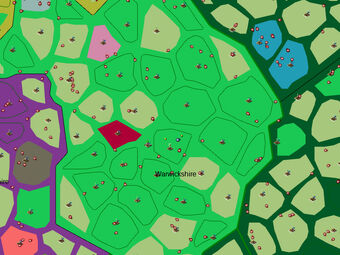 Join forces and conquer your foes across the known expanse... 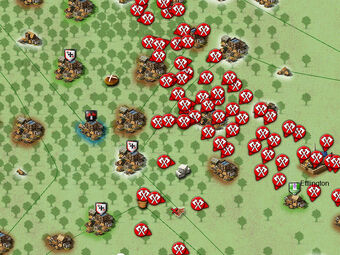 Defend yourself well, for not all your foes are easy to brush aside...

With swords flashing and armour glistening, Stronghold Kingdoms™ galloped into the MMOG world in 2010. Stronghold Kingdoms™ is the first persistent MMORTS of its kind in the world, and brings the Stronghold series into the 21st century with a bang! A unique hybrid of web- and PC or Mac based gaming, Stronghold Kingdoms™ brings online interactivity and community together, with a richly-depicted medieval world of thriving Villages and dramatic battles. The mix of real-time gameplay and long-term planning brings a truly novel twist to the strategy genre.

This free-to-play online game sees players from all over the world pit themselves against each other's factions for supreme control; however, military might is not everything! Lords and ladies may also peacefully co-exist, pushing forward economic boundaries, building up their lands, and holding lavish banquets!

In this wide-ranging simulation of medieval life, played out in real time against thousands of online opponents striving for power and glory, the choice is yours; take over empty castles, overthrow tyrants, bankroll your faction's war effort, peacefully raise sheep, bring piety and godliness to the country... or do it all! A large range of stats and rankings gives every player something to aim for, from 'Besieger of the month' to 'Wolfs' Bane', and much more in between!

Why not join a medieval social network? Factions and elections, liege lords and their vassals, all provide a real sense of structured community, with plenty of fora in which to chat to other players, discuss strategies, build allegiances, and even read community newsletters!

While strong and well-planned castles are at the heart of any lord or lady's domain, you can also, if you wish, specialise in one or more areas via a vast research tree. Starting out as a humble peasant, each promotion brings research points to spend on becoming the best in as many areas as you wish; trading, diplomacy, warfare, farming, religion, and more... as you seek to control the local parish, county, and beyond. Be aware though, that as your power grows, so does your responsibility. Your vassals and parishioners will look to you for guidance and leadership, and ultimately, you may find yourself fighting for the very crown itself!

Join in the action by signing up here: http://www.strongholdkingdoms.com

Build your own unique medieval lord or lady[edit | edit source]

Moderators are player volunteers who assist other players in chat and on the forums.